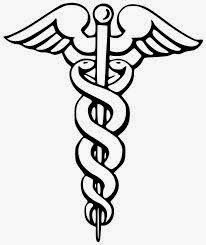 What are my lessons learned from the Chinese Wuhan virus global crisis and “pandemic?”

I live in Reality Ville and know the face of communism and forced collectivism. I’ve stood in food lines, toilet paper lines, and other essentials’ lines every day in the first twenty years of my life. The number one lesson I learned today is that globalism is EVIL.

Economically speaking, it is not a good idea to allow a potential enemy to produce items for key industries needed for survival of our children and grandchildren. Our nation cannot defend itself in case of attacks, whether military or viral ones, if its key industries’ production depends on a potential enemy.

I learned that we should bring our drug manufacturing and other key industries back to America as soon as possible and we should lobby Congress to pass legislation to make that happen. And if they should object, then the Executive Order pen must be used.

I learned from this Chinese Wuhan Virus crisis that nationalism is necessary if we are to survive. I learned how fragile we really are in the 21st century despite our technology or perhaps because of it.

I learned from this Chinese Wuhan Virus crisis that our President Trump was right about China all along and was correct in promoting incentives to industries to return to America.

I learned that we should never trust the communist government of China. This misplaced trust in a communist country is now lethal to our economy.

I also learned that it is going to cost us trillions of dollars to recover and a long time for mom and pop businesses to come back if ever.

The American “bread and circuses,” football, baseball, volleyball, hockey, and other organized sports and competitions may never come back in the same form.

I learned from this “pandemic” that having family time is amazing and we should go back to the basics of family life, turning off the blue screens of the highly addictive and intelligence-robbing smart phones.

I hope Millennials learned, after the shock of having to stand in line for food and toilet paper, that the socialism they so desperately desire is a disaster that will never work no matter who is in charge.

Americans learned, I hope, that socialized medicine does have death panels, rationing of medical care based on a person’s age and utility to society.

I learned from this Chinese Wuhan virus crisis that the European Union did not respond well to its member states with medical help.

I also learned that unfettered liberalism screaming for open borders and releasing medically unvetted foreigners among their midst was a disaster waiting to happen and it did. Yes, disease does not recognize borders, but we can screen people for disease and illnesses that can cause a potential pandemic globally. Isolation and quarantine do work.

Preventive medical tests before admission into a country is a great idea, it is not an intrusion on a person’s manufactured global rights. You don’t have rights in a country you have invaded or are a guest of. You must follow their rules, regulations, and laws, including borders.

We isolated ourselves in our homes, gave up rather quickly our constitutional liberties for our own “good” without as much as a whimper – the controlling globalists won, and the media won.

We learned that President Trump was right to build the fence on the southern border.  He was also right about restricting travel from China.

I learned from this “pandemic” that family life in general was improved by staying home and cooking instead of eating in restaurants so much. It was fun to take the kids to the park and re-discover nature, play in the sand, get dirty, chase the dog, fish, instead of watching TV non-stop, playing electronic games, or being obsessed with social media all the time. Life became simpler and more enjoyable, it seemed that we lived it more fully.

I learned from this “pandemic” that schools closed and taught their students online, eliminating a lot of unnecessary personnel and administrators. And why pay high college tuition when you can learn online much cheaper?

The Chinese Wuhan virus crisis taught me that some Americans are still kind and generous, that some went to work despite their immediate contact with a lot of potentially infected people. But they did it anyway because they have a great work ethic, love to help other Americans, and needed the well-deserved paycheck they earned.

I learned that Americans are just as shameless to hoard food and essentials as the hoarders I encountered under socialism. Some became scalpers and stores price-gouged their customers, taking advantage of the shortage caused by increased demand and decreased supply.

Despite the mainstream media telling us otherwise, it is not racist to say that the Corona virus originated in Wuhan, China. To the liberals out there glued to their favorite leftist alphabet soup “news” channel, Chinese is a nationality, not a race.

From the Chinese Wuhan virus crisis, I learned that the Wuhan province was the location of 10,000 5G stations rolled out by the end of 2019. It is probably a “tin foil hat” coincidence but I am a skeptic and I do not believe in coincidences.

And I like a good conspiracy theory any day. Exposure to so much radiation leads to a microwave illness with flu-like symptoms and 54 other additional health problems listed here. https://5g-emf.com/wuhan-was-the-province-where-5g-was-rolled-out-now-the-center-of-deadly-virus/

Last, but not least, Americans learned that toilet paper became the number one hoarded item, and nobody understood why.

Democrats, the political opportunists that they are, would never let a virus crisis go to waste. “Majority Whip James Clyburn (D-S.C.) told caucus members last week that the [stimulus] bill was ‘a tremendous opportunity to restructure things to fit our vision.’” Would that vision be Democrat socialism? https://news.yahoo.com/dem-rep-told-colleagues-coronavirus-145245071.html?soc_src=hl-viewer&soc_trk=fb But then everybody knows that Democrats in Washington do not have a problem putting their political ideology ahead of the welfare of the American people.

What some of my friends learned about the Chinese Wuhan Virus Crisis? Here are some salty and pointed opinions:


-          “How easily all Americans gave up their constitutional freedoms following a deliberate, media-created and hyped panic.


-          How stupid we are, how easily manipulated, and how incompetent the clowns are who lead various countries.


-          That despite millions of years of evolution, we are still Neanderthals.


-          How happily Americans surrendered their freedoms, they were not even fighting.


-          It was scary how many politicians and people were willing to ignore the Constitution’s protections when we needed them the most.


-          There is a lack of deductive reasons ability and an abundance of panic mode among many.


-          This Corona Pandemic is a sinister international conspiracy against America… The cause, the symptoms, the mortality and morbidity are not even a fraction of the H1N1… but we are not lead by a communist in the White House, we are led by a true patriot and great leader of the world, President Donald J. Trump.


-          Bring our manufacturing base back to America’s soil and employ American workers.

I sadly learned that people lie, cheat, and steal on a mass scale in order to get what they want, putting others at great risk, and neighbors are not neighborly at all in parts of the country where liberalism reigns supreme.

Posted by IleanaWrites at 6:41 AM